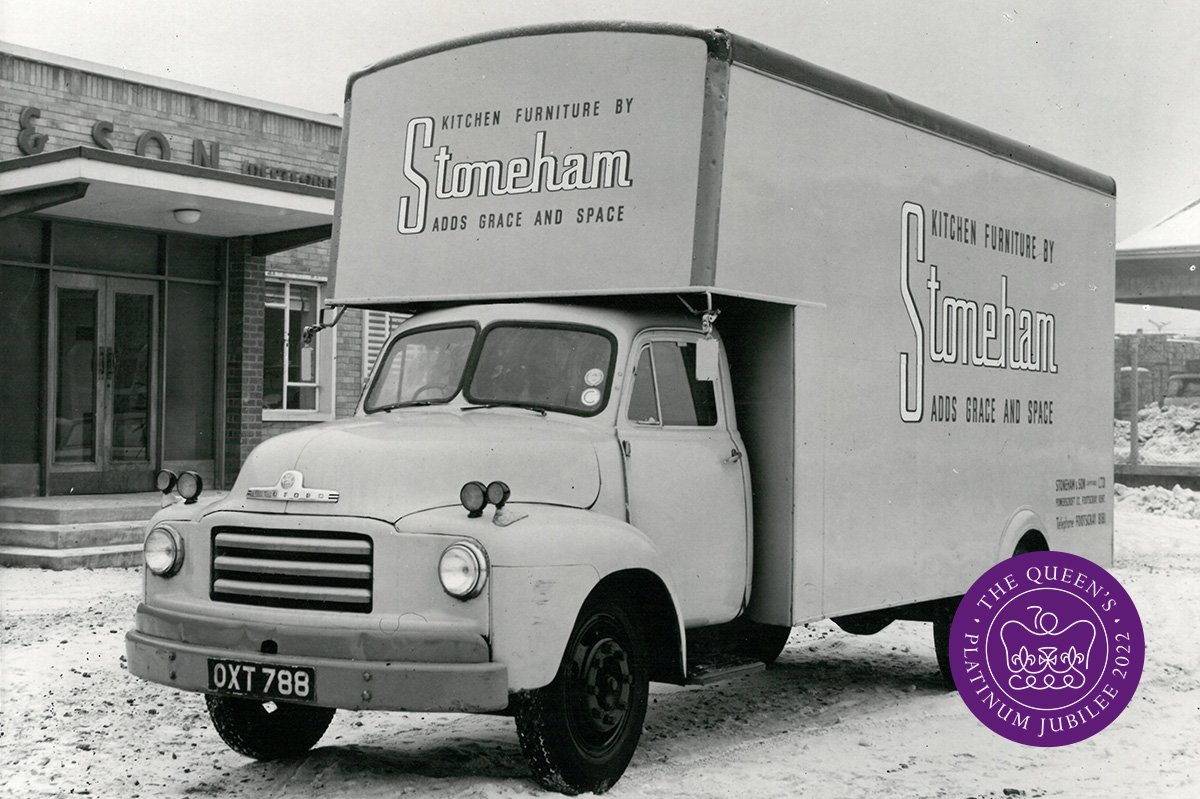 From the 2nd to the 5th June the nation will be celebrating a momentous occasion – the Queen’s Platinum Jubilee. We would personally like to congratulate Her Majesty on her long reign as the first British monarch to reach this 70-year milestone. In 1995, we had the honour of being awarded the Royal Warrant to Queen Elizabeth II, a mark of recognition of our supply of goods and services to the Royal Households.

The Queen ascended to the throne in 1952, so we’ve taken a look back through the Stoneham archive from the 1950’s to find a few historic pictures.

Early 1950’s
In the post-war early 1950’s period we started to make framed and freestanding kitchen units.  The below images show some of the Stoneham team at our facilities on Watson Street in Deptford as well as the outside of the building where we were based until 1959. 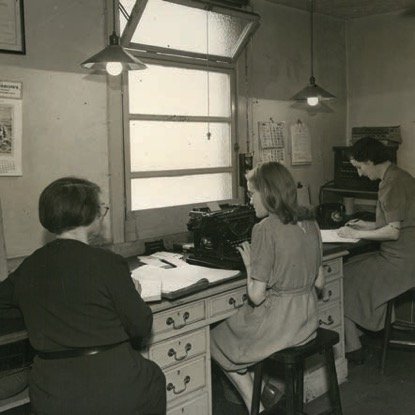 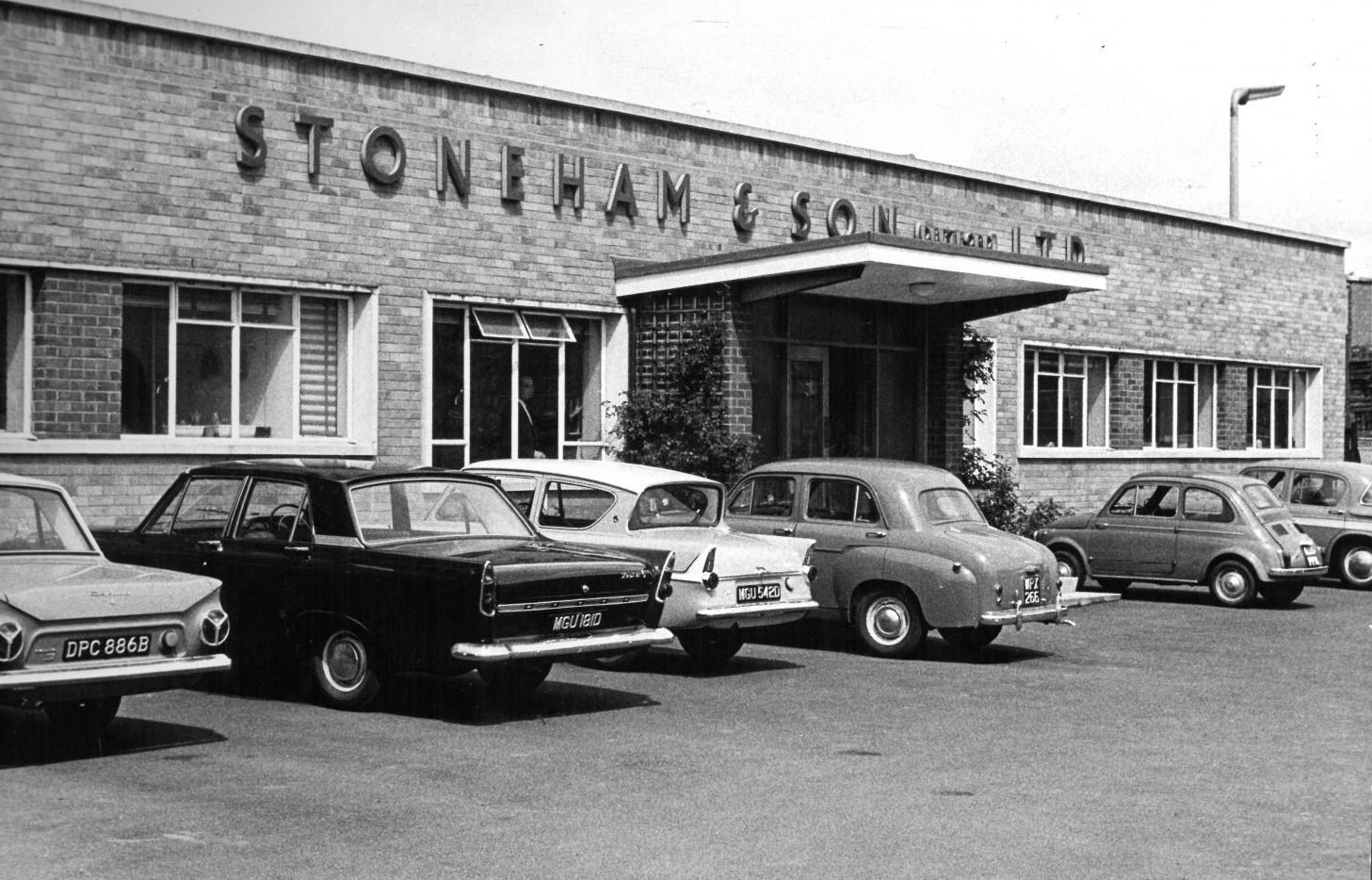 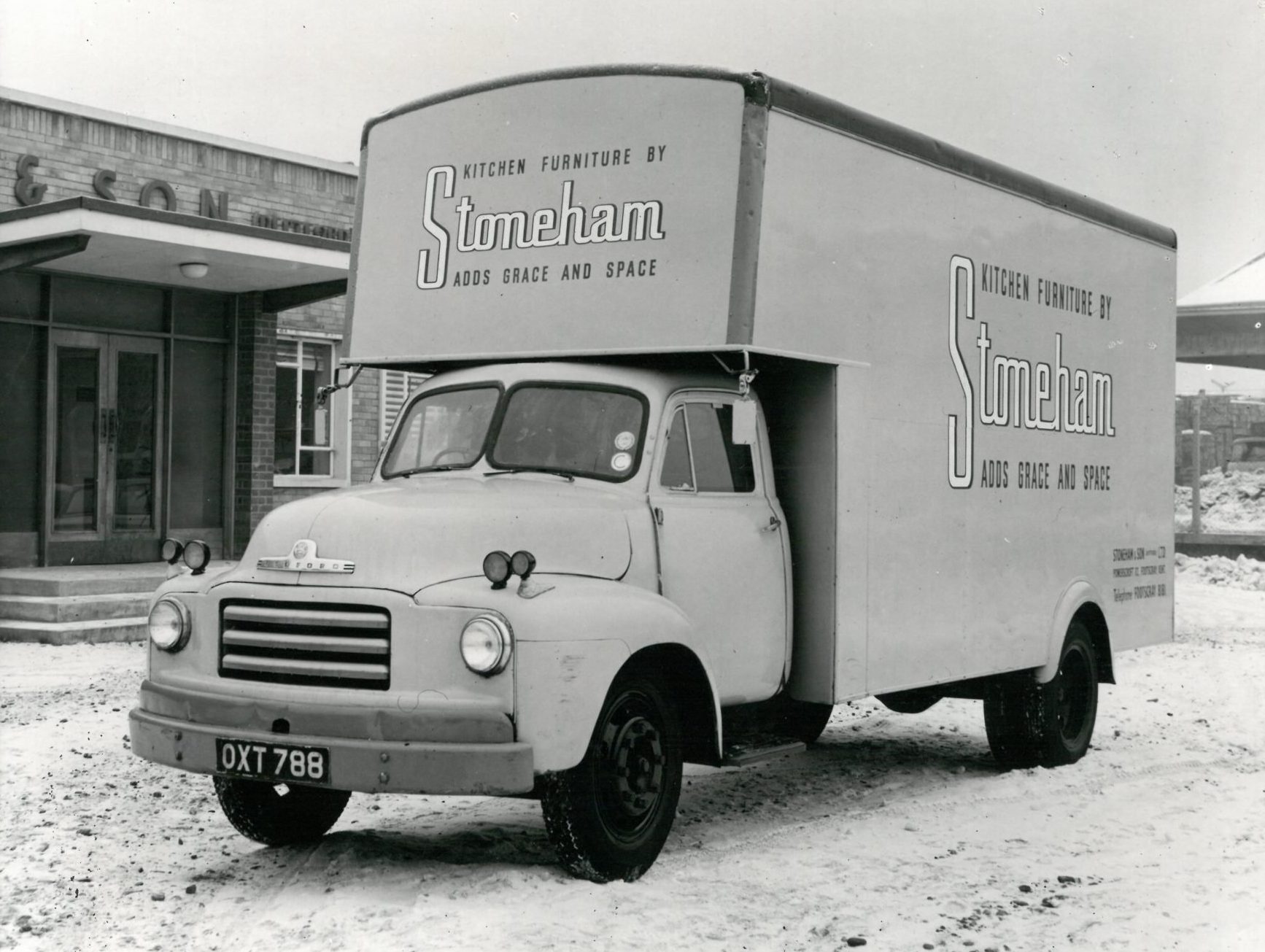 Mid-late 1950’s
In 1957 Stoneham introduced the Cambridge unit (pictured below), a freestanding kitchen unit, selling in its thousands. By 1959 the price was just over £20! At the same time we moved to new premises in Sidcup, Kent where the manufacturing plant remains to this day. 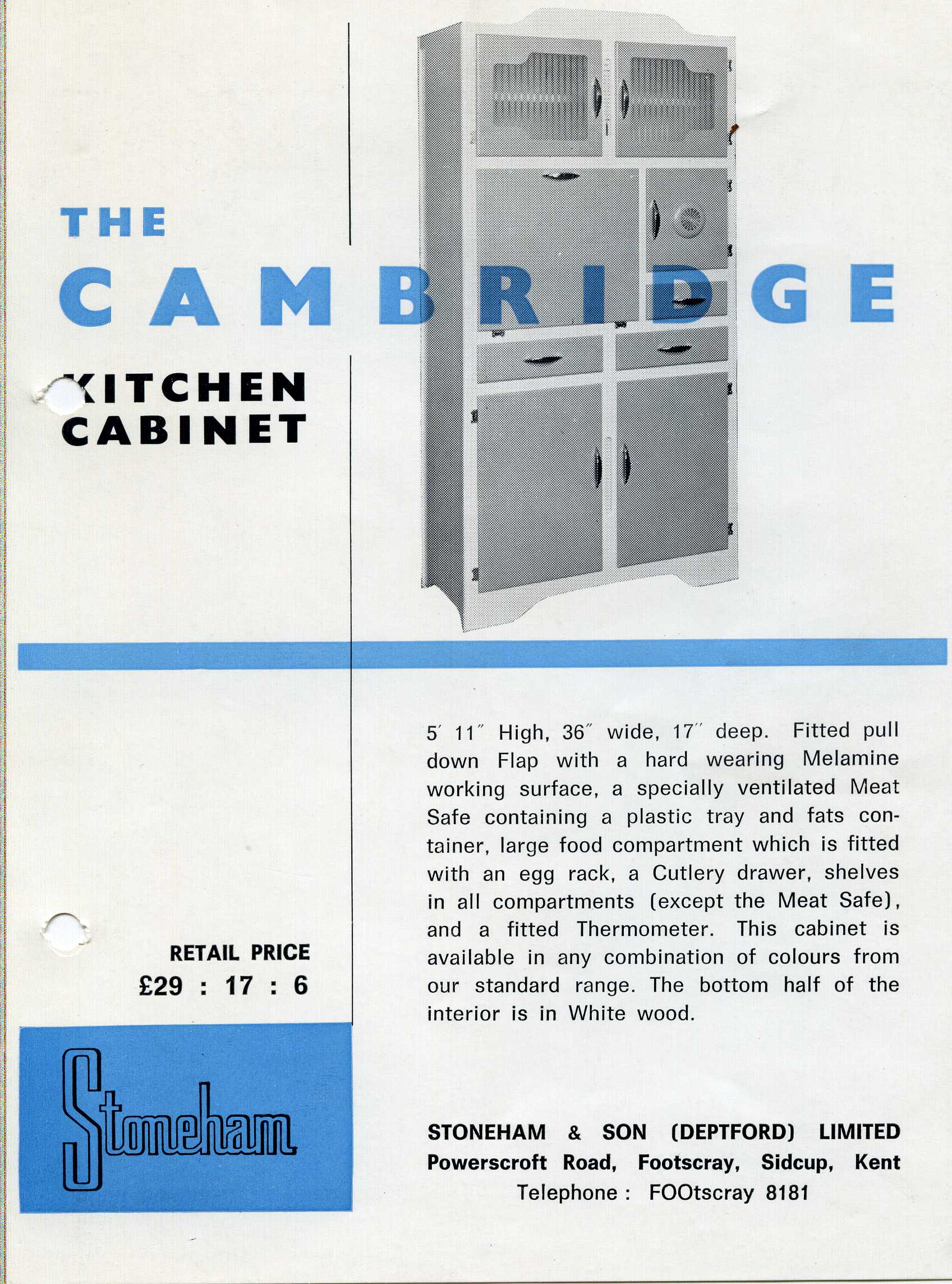 A Royal connection
A proud moment for the Stoneham family when we received our Royal Warrant plaque in 1995. 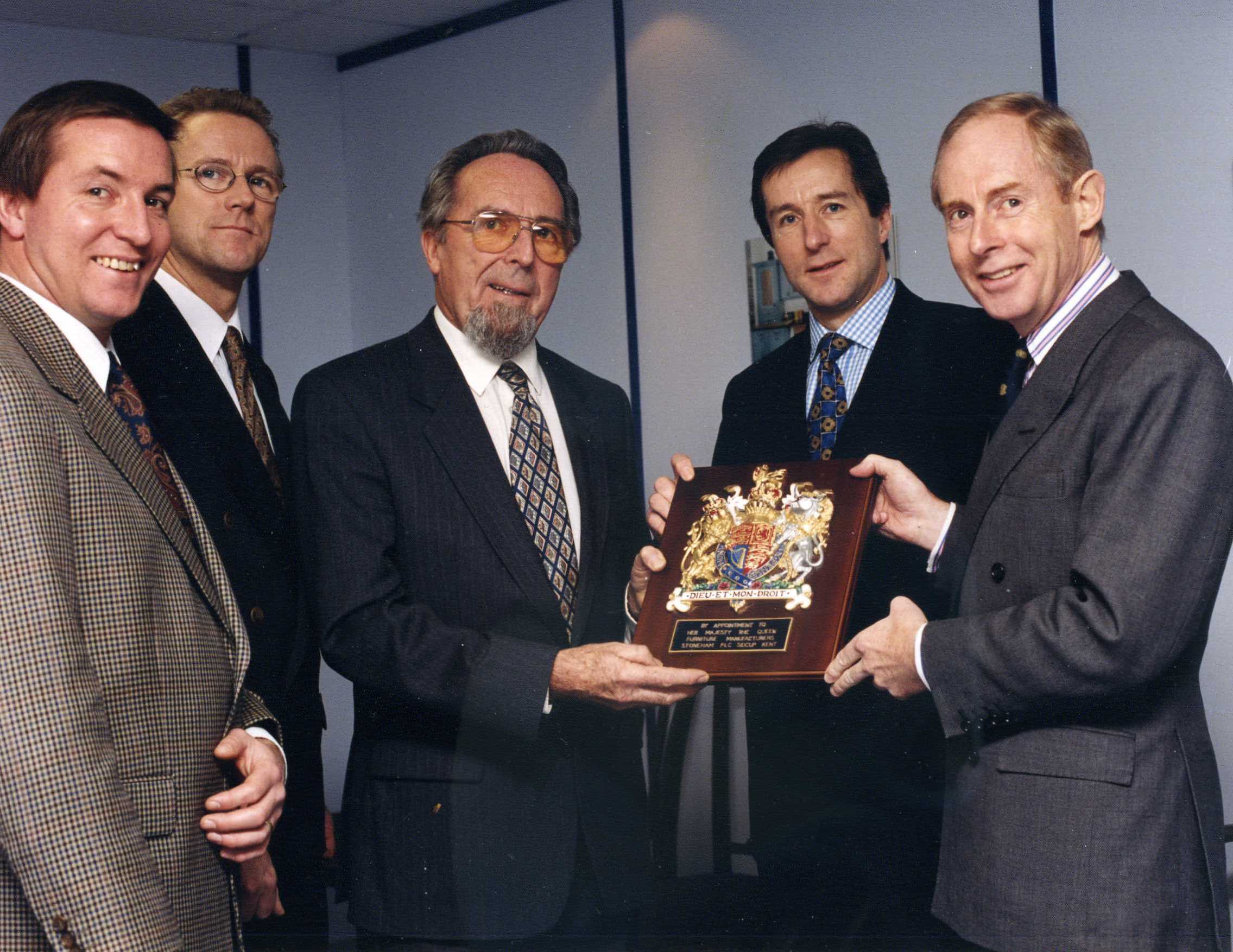 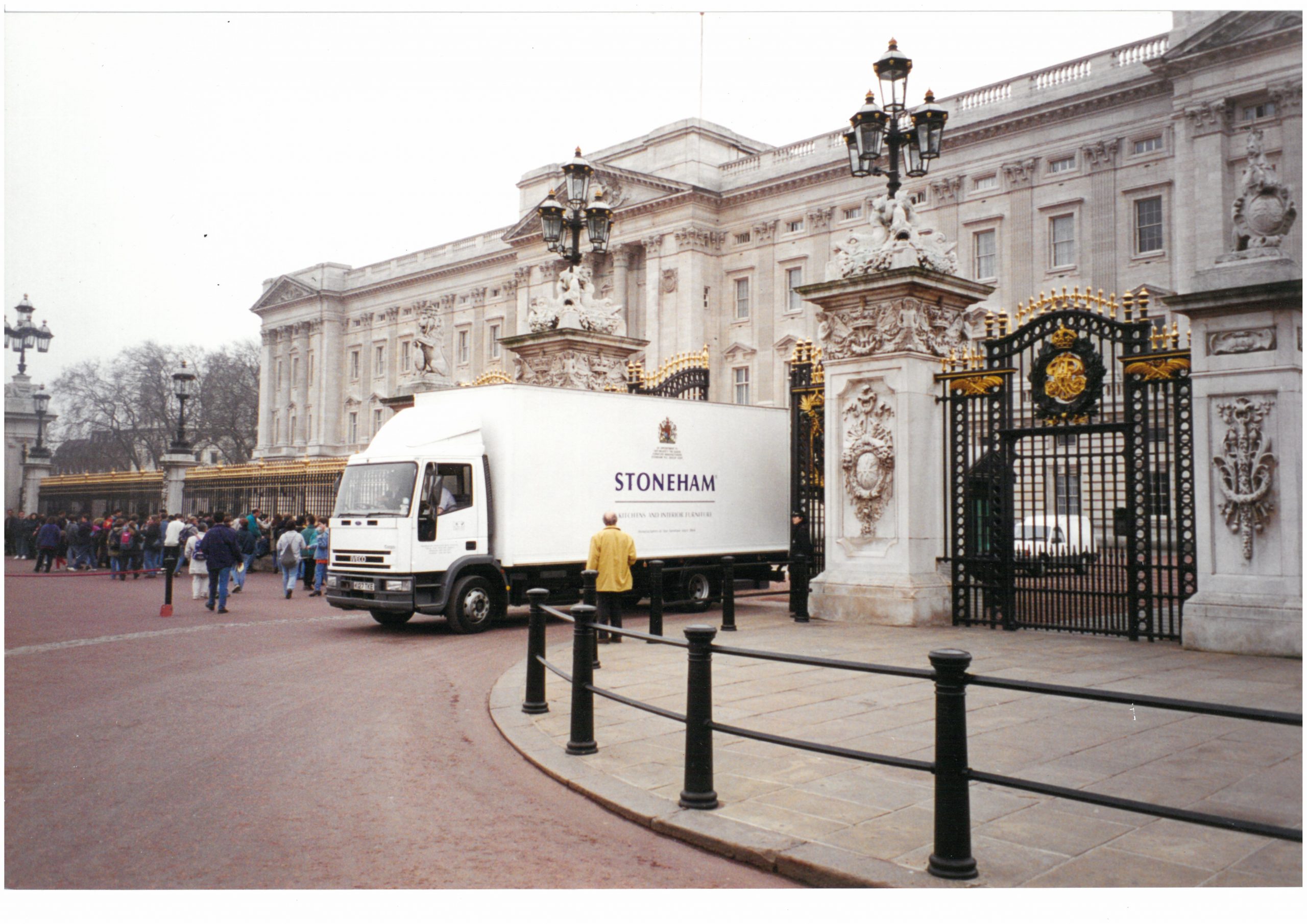 The Stoneham team will be raising a glass for the Queen over the Jubilee weekend and hope you will too.

For more information on our Royal Warrant click here.

If you are planning a street party for the Queen’s Jubilee why not check out our street party recipe ideas here.