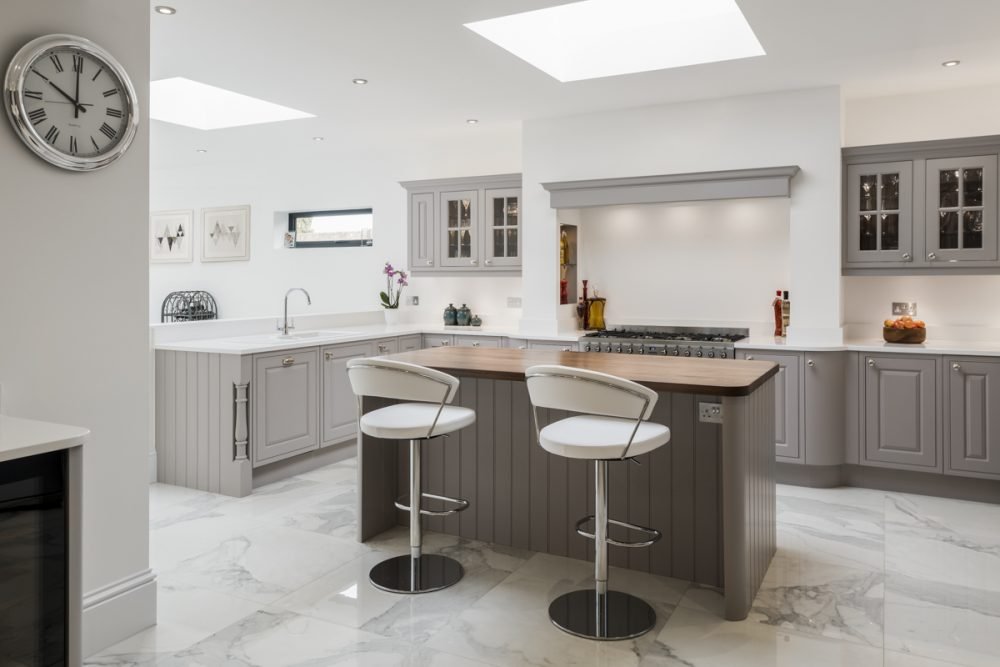 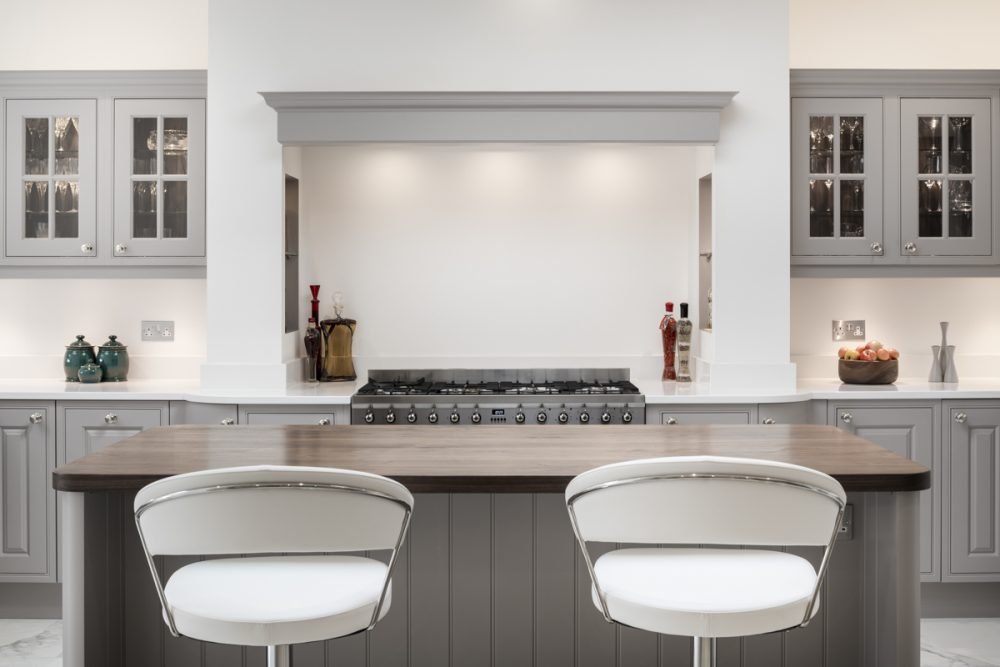 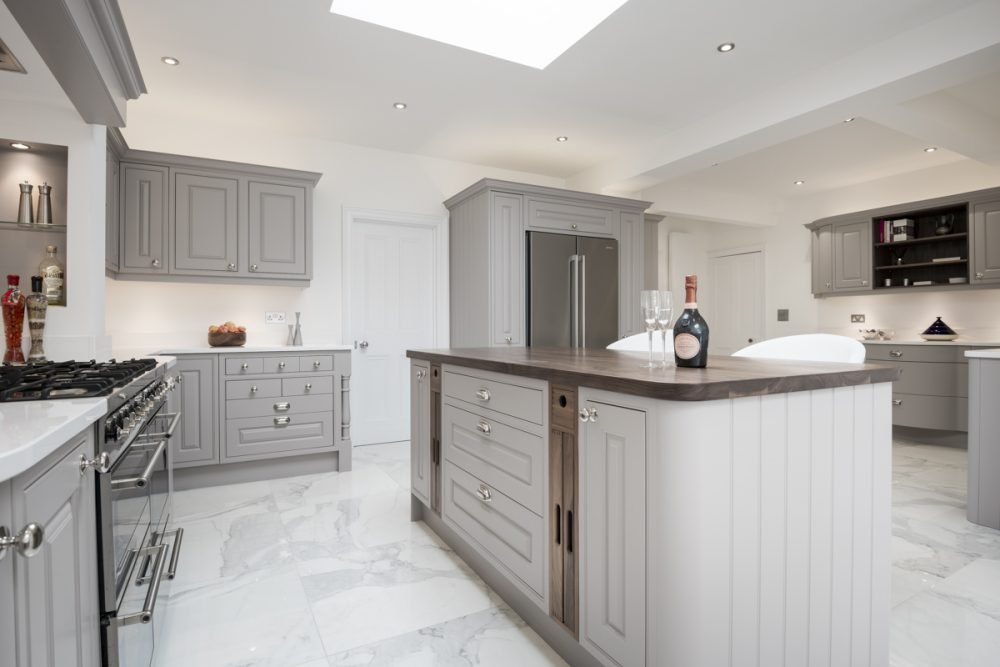 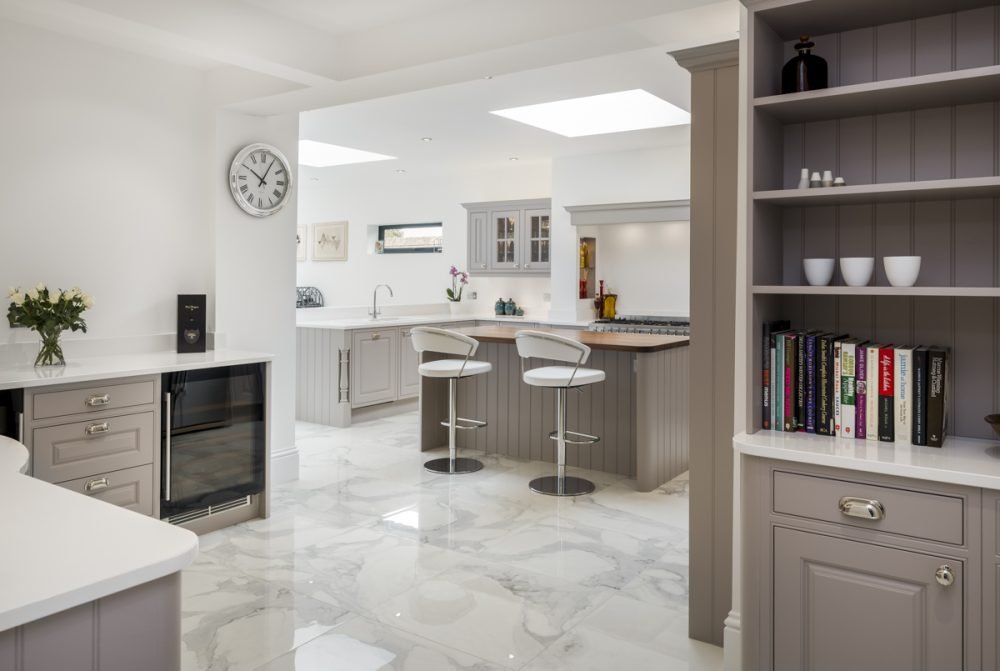 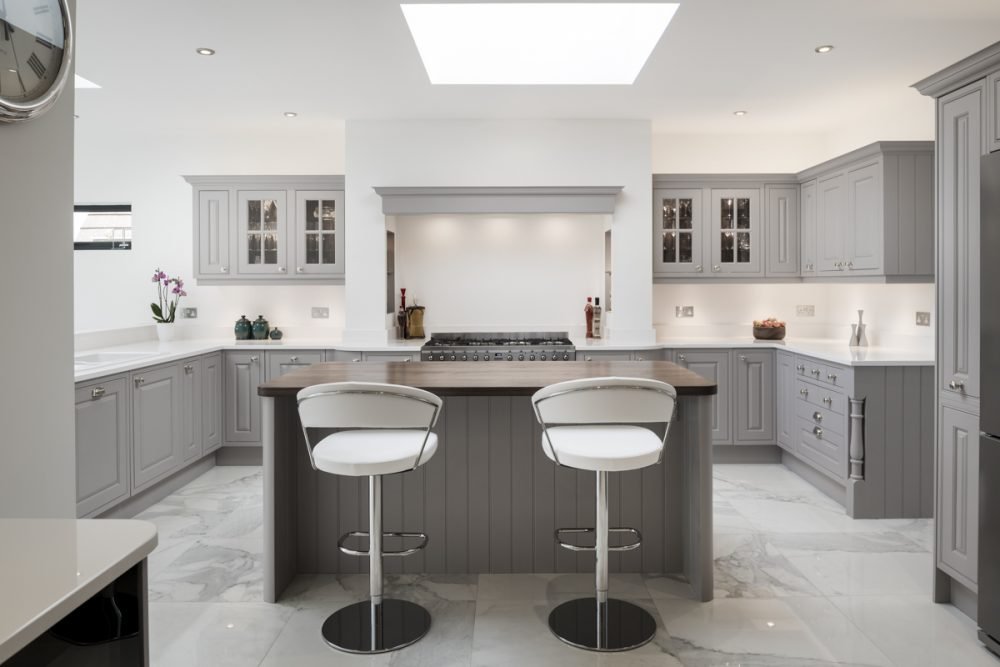 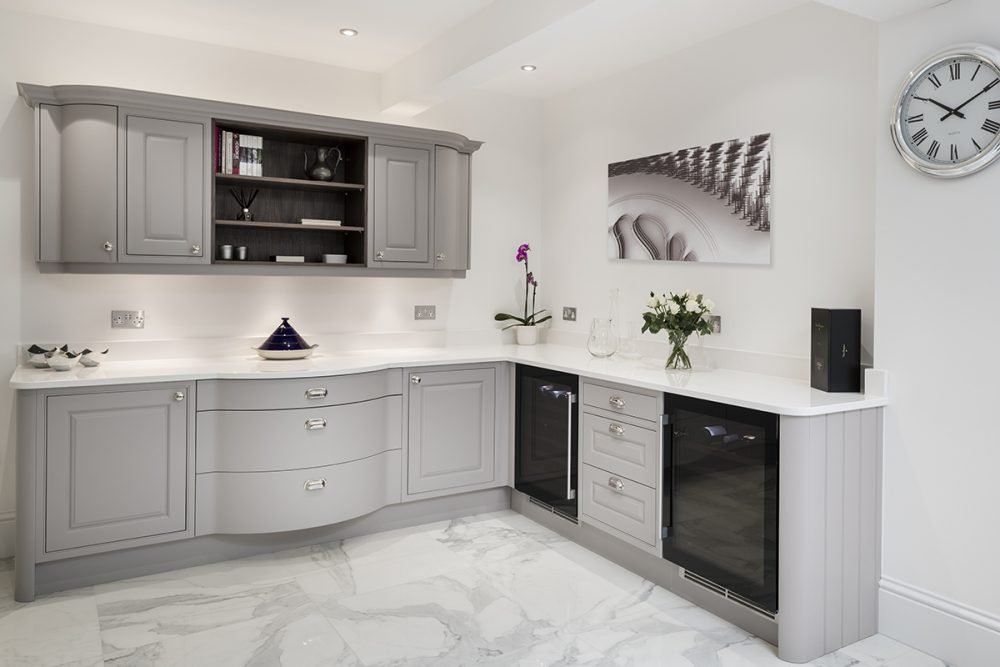 The brief:
This kitchen’s story began in 2008, when Mr and Mrs Thurston installed their first Stoneham kitchen with retailer David Haugh – a cream suite from Stoneham’s Scotney traditional kitchen collection. With the room extended on the kitchen’s tenth anniversary, the couple enlisted David Haugh once again to create a contemporary design from the original materials of the existing kitchen, and rework them into a much larger space.

The solution:
After extensive and thorough consideration of all design options, the Thurstons and Project Manager, Andrew Moore, selected an elegant aesthetic with a classic, neutral colour scheme running throughout.

Astonishingly, the new kitchen design meant that almost all original units were able to be recycled and enhanced. The team at David Haugh cleaned the carcasses, sanded and re-primed the doors, and replaced the hinges to soft close hinges as part of the refurbishment work before they were ready to be installed alongside the brand new units, which were then hand-painted in Farrow and Ball’s stunning Dove Tale – a gorgeous grey hue with a gentle lilac undertone. The base furniture is crowned with white quartz work surfaces, wrapping gracefully around the sink and hob.

With a fresh extension, the island’s location and look was critical in ensuring the old kitchen and the new space felt like one large room. With a 40mm solid walnut top and quadrant pillars beneath, the island acts as a place for entertaining, food preparation and dining, perfectly situated in front of the Thurstons’ Smeg range cooker and embellished with two cream bar stools.

Other contemporary elements of the kitchen include the couple’s Smeg fridge freezer, Caple wine coolers, Westin extractor fan and Sensio lighting, which illuminates the tall, wall, glazed and under wall units, as well as niches in the chimney breast detail above the cooker.

Mrs Thurston
“I love the feel of it… we were so worried that in a big space, our kitchen would feel disjointed. We adore the flow of the room and how the two areas seamlessly come together.”

Andrew Moore
“This jigsaw puzzle of a kitchen project was the biggest of its kind that I have ever completed… It was great fun taking a ten year old kitchen and giving it a new lease of life.”