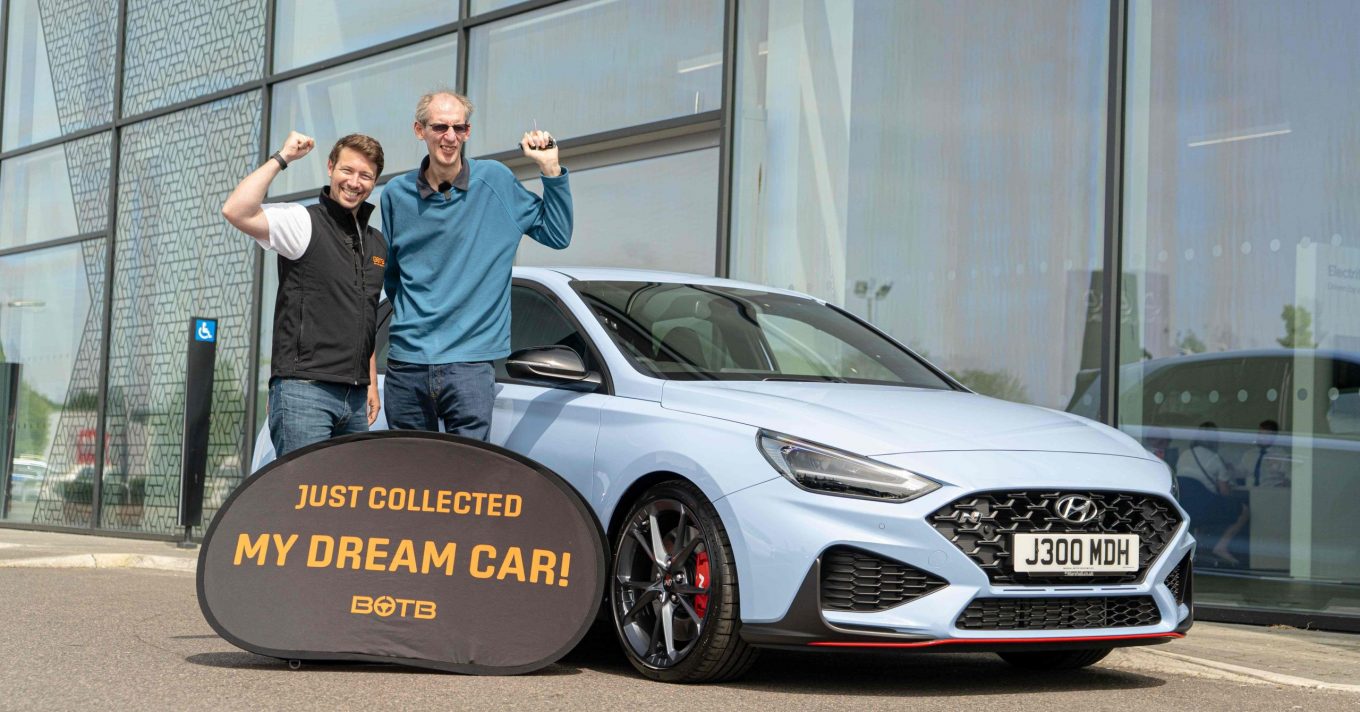 We are excited to announce that our Stores Assistant, Martin Hiett was the lucky winner of the popular online BOTB dream car competition. Martin was surprised by the BOTB team who arrived at Stoneham’s HQ to reveal his prize, a brand-new Hyundai i30N Performance, as well as a large sum of cash – £40,000, that was hidden in the boot of the car. This welcome interruption was very well received by Martin and his colleagues.

As a competition enthusiast, Martin had been entering competitions since the mid 90’s and BOTB’s for the past two years. While he never imagined the day would come, he always remained optimistic. He was also a self-confessed Hyundai fan and had an aging i30, so the win came at the perfect time.

Martin was so thrilled with the car presented to him by BOTB’s presenter Christian that he decided to keep the same spec and colour of the car. When asked what he would do with the money Martin initially thought about getting another car to add to his Hyundai collection, however after taking some time for it all to sink in, he decided to save the money for a rainy day.

“Winning has meant a lot to me,” said Martin. “I’ve spent a lot of weeks studying past judging videos and pictures which paid off when I beat everyone else – not just in the UK but worldwide too!”

“Martin has been working with Stoneham for nearly 20 years now and is very well liked and respected amongst his colleagues. We all very happy for Martin and would like to congratulate him on his win” says Adrian Stoneham, Managing Director.

To meet more of the Stoneham team, click here.