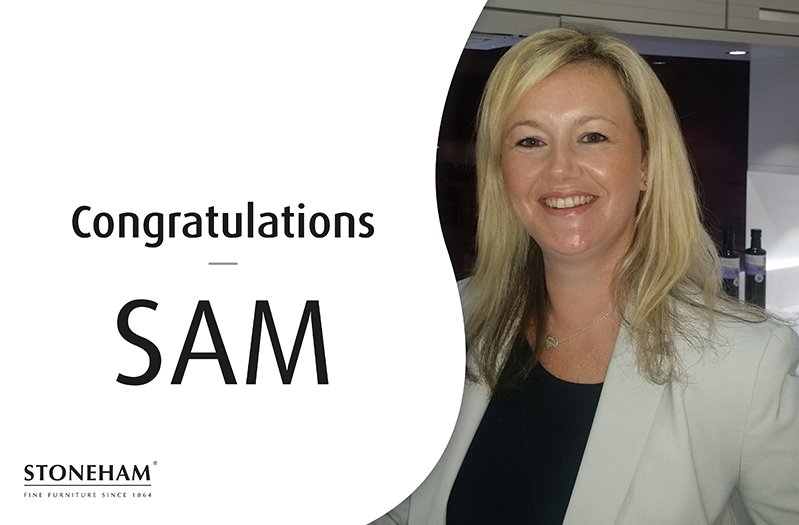 Stoneham Kitchens is delighted to announce that Sam Judges has been appointed as Regional Sales Manager. In her role, Sam will be managing Stoneham’s retailer and consumer relationships.

Working for Stoneham Kitchens initially as a Design Coordinator in 2011, Sam oversaw new kitchen projects with the contracts team and coordinated designs and fittings. In her new role as Regional Sales Manager, she is responsible for Stoneham’s much-valued relationships.

Adrian Stoneham, Managing Director of Stoneham Kitchens, said, “Sam is the perfect fit for the position. I am are delighted we were able to offer her this promotion following her continued exceptional performance at Stoneham Kitchens.”

Sam admits to ‘falling into’ kitchen design quite by accident. She grew up working for her family’s catering business, which had a contract with a large kitchen company. “I became an expert in using kitchen appliances and developed a love for cutting-edge kitchen design,” she says.

Sam became a designer at a bespoke kitchen design company before being charmed by Stoneham’s extensive ranges and esteemed reputation, as well as its family-orientated and personable approach; an environment she grew up in.

Now as Stoneham’s Regional Sales Manager, Sam enthuses about the favourite part of her job. “I love going out and meeting clients and witnessing people’s dreams become reality,” she says. In her new role, Sam will be meeting with kitchen specialists, retailers and customers all over the country, and playing a crucial part in the support and development of new business with appointed kitchen centres – including training and showroom design.